Since 2003 we have been designing books for the lucky winners of the Storylines Tom Fitzgibbon and Joy Cowley Awards. Both awards are sponsored by Scholastic NZ, who offer $1500 in prize money and an offer to publish.

These awards are very special as they both recognise first-time authors. Authors with dreams of one day being published. We are privileged to be able to give their words the loving care and attention they deserve. We have been designing the internals for the Tom Fitzgibbon titles since 2003, and every year, when these awards come around again, we are reminded why we love doing what we do, — designing great books.

The Storylines Tom Fitzgibbon Award was established in 1995 to recognise the outstanding contribution made by the late Tom Fitzgibbon to the growth and status of children’s literature in New Zealand.
For many years Tom Fitzgibbon was the head of the English Department at North Shore Teachers’ College and the Auckland College of Education. Tom founded the Children’s Literature Association of New Zealand and later became the first chair of the New Zealand Children’s Book Foundation, forerunner of Storylines. The award is administered by Storylines and sponsored by Scholastic New Zealand. It is made annually, when merited, to the author of a work of fiction for children between seven and 13 years of age.
This award is open to authors who have never been published before and carries a monetary prize of $1500 and an offer of publication by Scholastic New Zealand. 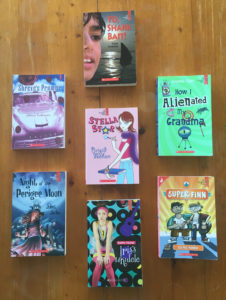 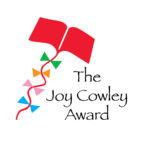 The Storylines Joy Cowley Award was established in 2002 and recognises the exceptional contribution Joy Cowley has made to both children’s literature and literacy in New Zealand and internationally. The aim of the award is to foster the publication of excellent picture books by writers permanently resident in New Zealand. The award is open to both published and new writers, but the manuscript submitted must not have been previously published. Scholastic New Zealand also sponsors this award with a monetary prize of $1500. The award-winning author is also supported with editorial direction by Joy Cowley. Winners are announced in March and the published book launched the following year.
We’ve designed these winning picture books.